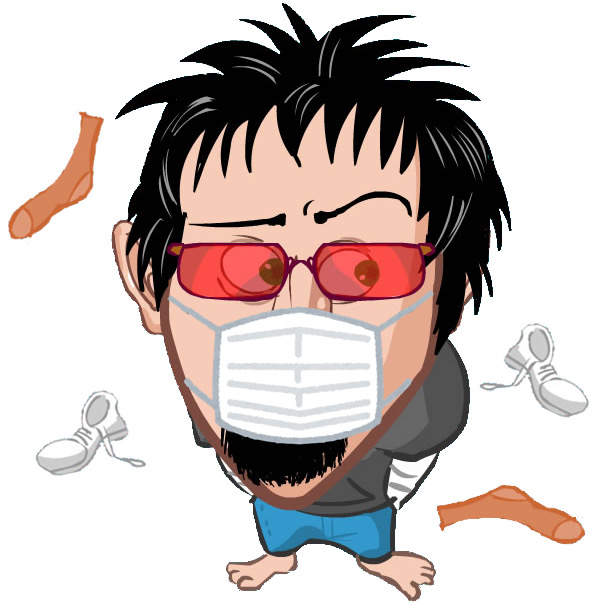 Today I want to share with you something I’ve been doing in the last couple of days. The lock down measures for COVID-19 and some free time brought me to tinker a bit with my Raspberry Pi4.

The project Rosetta@home allows people to give compute power to scientists for designing new proteins. The compute power could come from any device: a laptop, a desktop, a server and even a portable device.

Recently I bumped into the news of running Rosetta@home on aarch64 (arm64) hardware and, in my case, on my new and shiny Raspebrry Pi4.

In theory what you need is:

A good write-up could be found here 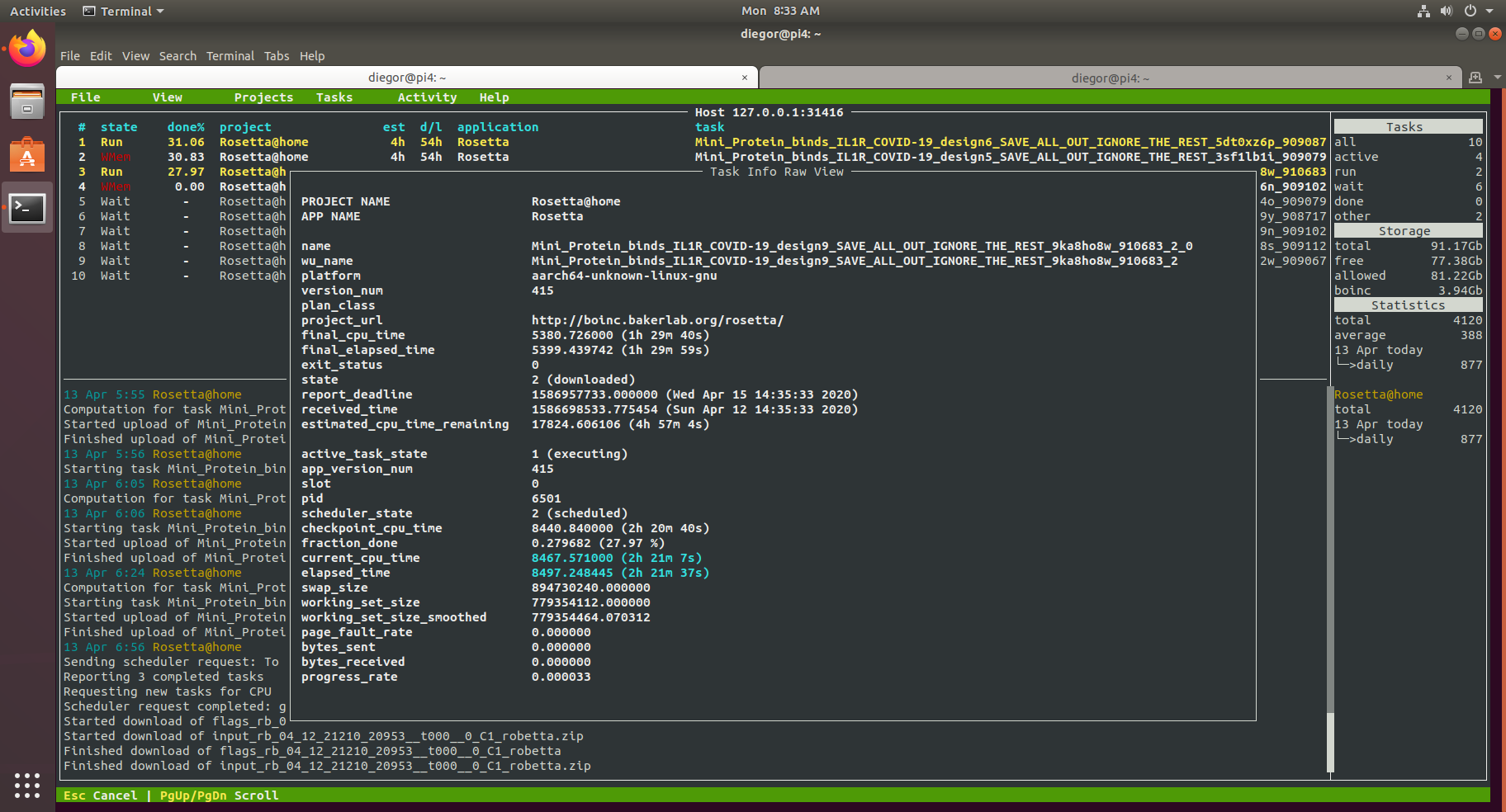 While I was setting it up I found few “issues”. Hopefully they could save you some time.

Rosetta doesn’t work on Raspbian
If you own a Raspberry Pi4, I’m sure you’ll have a Raspbian based system. It runs without any problem but unfortunately it is not suitable for running Rosetta@home. Although the hardware supports 64-bit, Raspbian is a 32-bit OS and this means it cannot run 64-bit applications.
Solution: install a 64-bit distribution.
Ubuntu officially supports Raspberry Pi4. Download the 64-bit version from here or follow this tutorial from Ubuntu I had issue with WiFi module hence reverted to wired connection!

The SD card is a bit slow.
Although SD cards nowadays are fast, they are slower than HDD/SDD and when you run high I/O computations on them, they could fail fairly quick.
Solution: move the root file system out from the SD card to an external hard disk.
I had a 1TB portable one and it works like a charm. It’s not that straightforward to move the root file system to an external disk but it’s a doable. What you need is a good guide

The Pi4 is slow.
Those are the specs. As you can see it has 4 CPUs running at 1.5GHz. Not bad for a small board.
Solution: overclock the CPU.
Just follow this tutorial. I did try to overclock it to 2GHz but it kept power cycling (likely due to power consumption) so I stuck with 1.75GHz.
If you overclock it, I strongly suggest something to cool down the CPU. I have a Fan SHIM: a bit noisy but it does the job.

High memory usage
Even I have the 4GB version, I found the Raspberry Pi4 to be very unstable while doing computations. Memory is somehow limited and when processes use a large amount of it, the OOM killer could be invoked killing processes that make the system unstable.
Solution: create a swapfile
Like any other Linux distribution create swap space to use part of the hard disk as “extention” of the memory. I created a 4GB swap file and it seems working OK.

You may also enjoy

Having fun with micro:bit and micropython

Last night I attended the usual CamPUG monthly meeting and the main topic was about micro:bit and micropython.