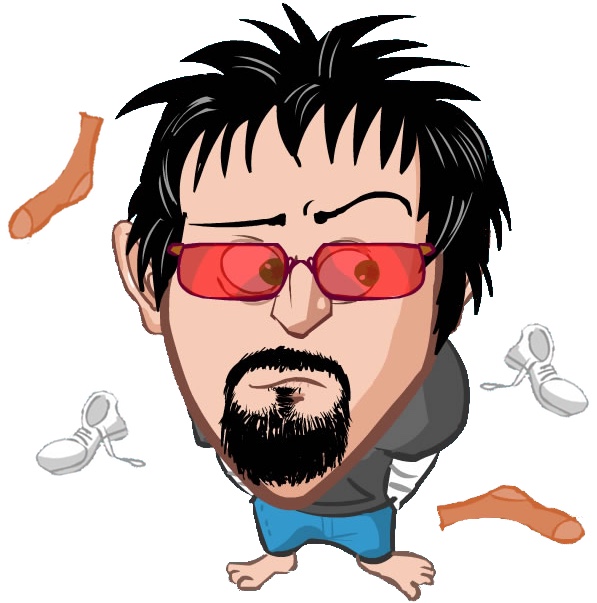 Last night I attended the usual CamPUG monthly meeting and the main topic was about micro:bit and micropython. 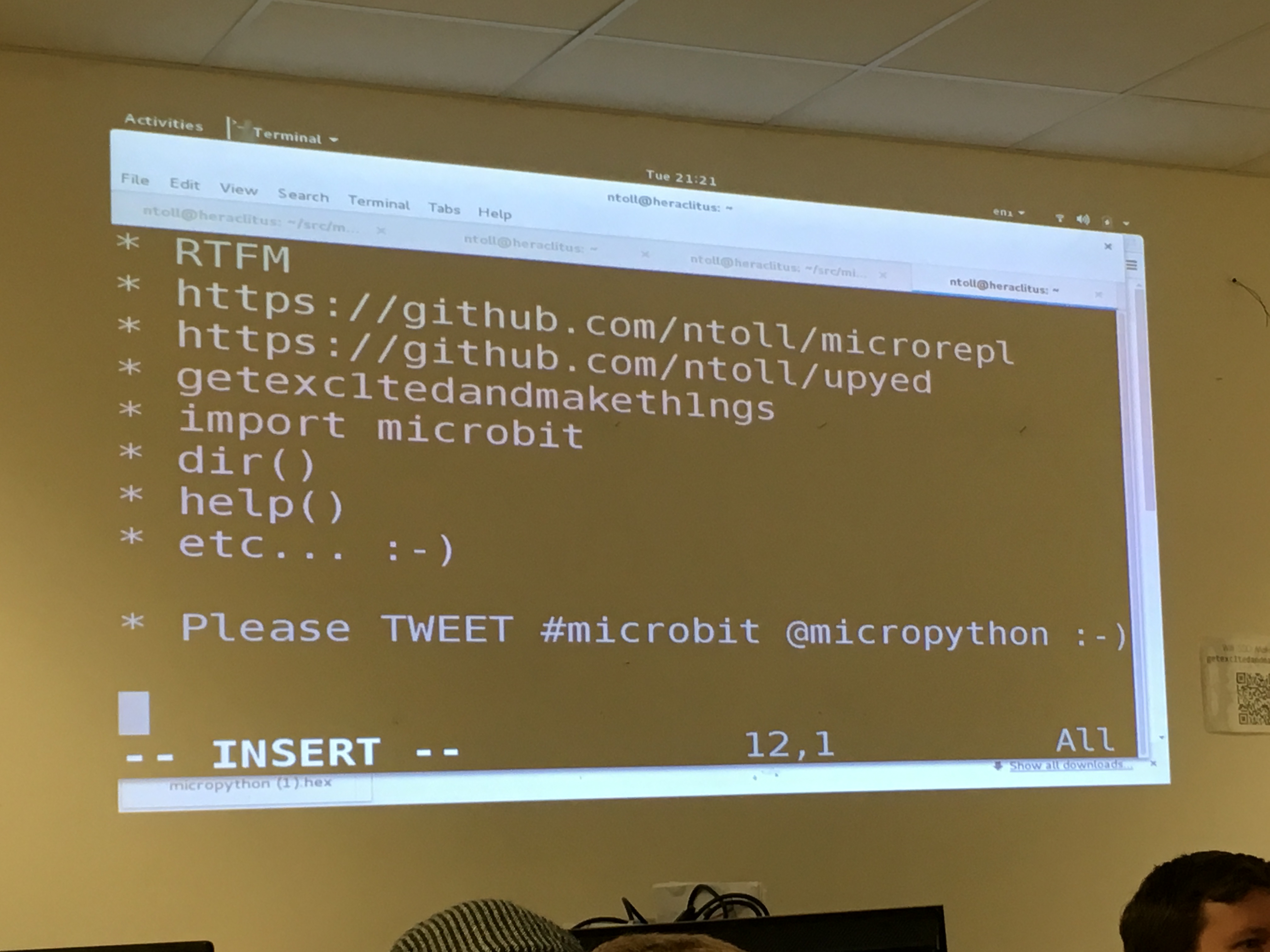 micro:bit is a board that BBC will distribute to every year 7 student in the UK (early 2016, roughly 1 million units) and it will be shipped with micropython on it (more info). Hardware specs can be found here: it has a Cortex-M0, compass, accelerometer, 5x5 leds, bluetooth, uart, i2c, two buttons and other stuff you can use. 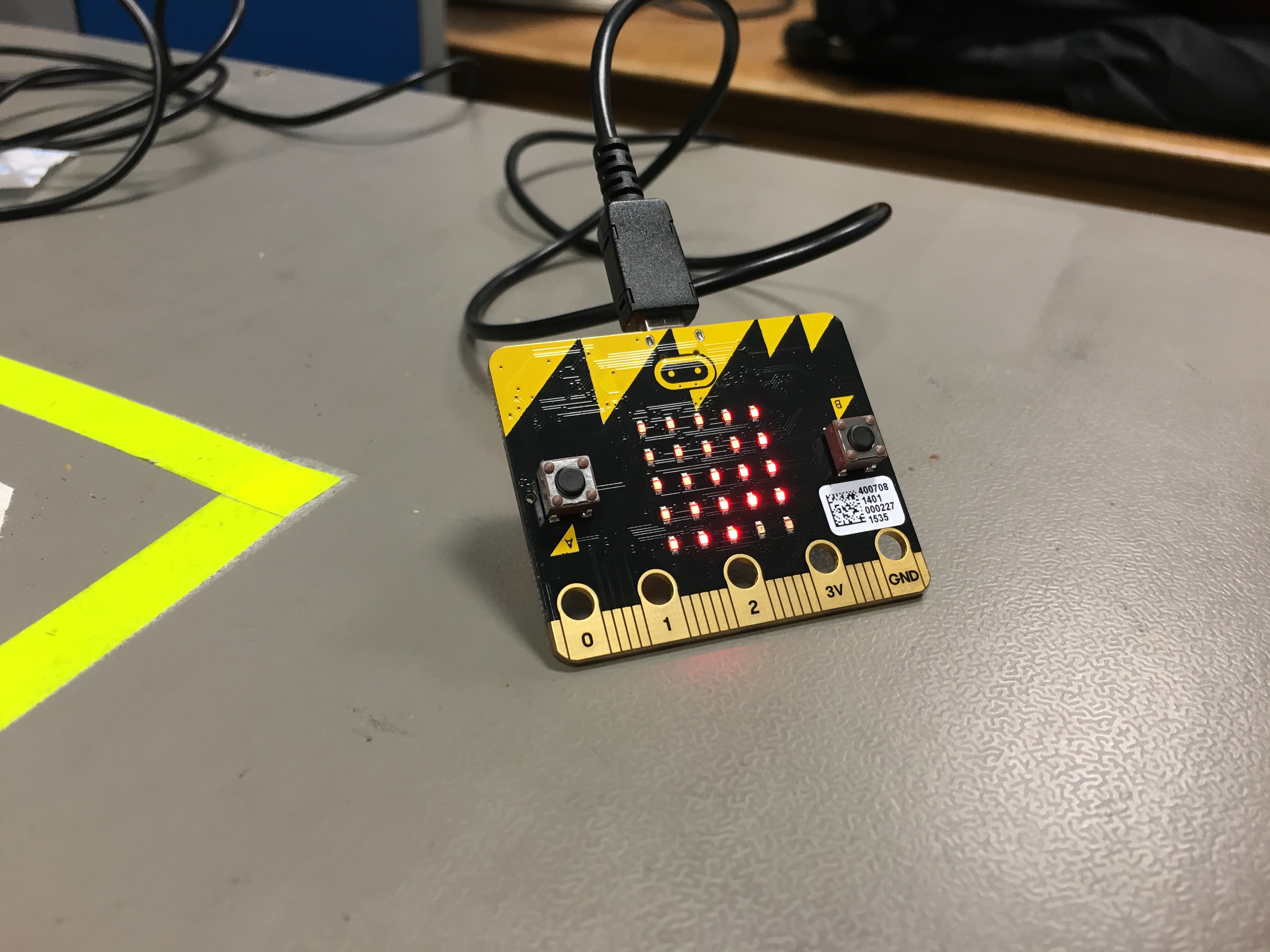 In a such tiny little board you can run python… well micropython, a fast implementation of Python 3 programming language that is optimised to run on a microcontroller.

So, what did we do? Once plugged the micro:bit to the USB, we can run python code through microrepl, a script that lets you run commands directly onto a connected micro:bit device. Alternatively you can use the browser based micro:bit editor, and start programming directly in your browser. Very neat!

My group (Gareth and myself), after exploring, experimenting, and testing the APIs, decided to do something with the 5x5 leds available. This is the code we have written literllay in few minutes:

This is what it does (in real time the effect is much better):

And this is the slow motion:

When the user presses the button, it changes direction. It has been very good fun and I’m sure kids will love it: it is straightforward to use it, pretty intuitive and microrepl is very easy to use (it has autocompletion!)

You May Also Enjoy